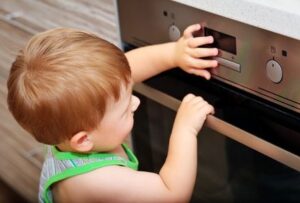 This summer, and year-round for that matter, it’s important to think about fire safety in and around the home. After all, one bad move could end up burning down the house. It’s imperative that families talk about fire safety. Families with little ones under the age of 10 especially need to explain to the youngsters what to do if and when they see smoke or smell/feel smoke and fire.

First things first: all homes should come up with a fire escape plan. This is like a map of the house with several routes to take in order to escape the place should a fire occur anywhere. Some families practice fire drills a couple times a year, whereas they create a scenario and then see how their fellow family members react. In some homes, they go so far as to post a fire escape map in several rooms “just in case” anyone ever needs it. This is a great idea because you never know who could be in the room or house at any given time, including visitors and strangers who might not know the full layout of the house.

Parents should take the time to explain fire alarms and what their kids should do if and when they hear them. It’s also a smart idea to have a designated meeting place outside and “practice” going there a couple times a year so everyone in the house is on the same page on “where to go” should a fire occur. After all, if a fire breaks out, the worst thing that happens is not knowing if someone “made it out in time.” By having a certain spot to meet up, that’s the main way families will know who’s accounted for, and who is not. By the way, it’s also important to explain to kids that they should never run back into a burning building.

As for practical things families can do, how about keeping any smoking materials locked away in a hard to reach place where kids can’t access them? The same goes for lighters and matches. Children also need to understand they have to stay away from anything overtly hot, such as stove tops.

Families should make fire safety a priority. It’s always better to be prepared rather than ignorant. For help in this matter, Life Safety Consultants sells smoke detectors, fire alarm parts, and more. For more info, call 1-888-557-0558.