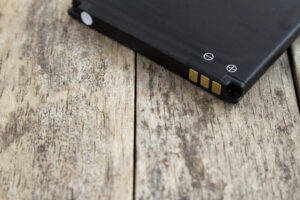 A few months back, we discussed the combustion risk associated with lithium-ion batteries. These batteries can be found just about everywhere, and last year they made headlines when the lithium-ion batteries in Samsung’s Note 7 smartphones started spontaneously bursting into flames, ultimately prompting the company to issue a complete recall of the phones.

Any lithium-ion battery can catch fire under the right conditions. That’s why researchers are looking for creative new ways to fire proof these batteries so they don’t pose a threat to people and their property. One idea developed by scientists at Stanford University uses an integrated fire suppressant to stop budding battery fires before they get out of control.

How Does it Work?

Stanford’s battery is pretty similar to conventional lithium-ion batteries, except that it contains a common flame retardant called triphenyl phosphate (TPP) housed inside a polymer shell that separates the positive and negative sides of the battery. When the battery reach a critical temperature of 320° Fahrenheit, the polymer shells breaks down and releases the flame retardant TPP into the electrolyte, thereby stopping fires in their tracks.

According to Stanford’s preliminary test results, the TPP is able to smother flames in just 0.4 seconds. So far, the flame retardant doesn’t seem to have any negative effects on the long-term performance of the battery either. If additional testing goes well and the manufacturing process is cost-effective, Stanford’s flame-retardant battery could become the new industry standard for lithium-ion production in the future.

Until then, be careful to always properly charge and store your lithium-ion-powered devices to minimize the risk of fires.