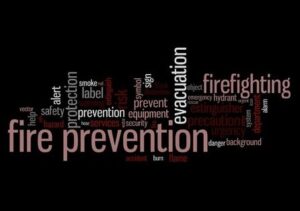 The History of Fire Prevention Week

Fire Prevention Week has actually been around for almost a century now. The Fire Marshals Association of North America came up with the idea to host the week every year in the early 1900s to commemorate the Great Chicago Fire that took place in 1871. They realized that many lives could have been saved during that fire if people knew more about how to handle the circumstances surrounding a fire, so they set out to teach people what they needed to know and eventually kicked off the first Fire Prevention Week in 1922.

In 1925, President Calvin Coolidge became the first President of the United States of America to acknowledge Fire Prevention Weekend. In a proclamation that he put out, he pointed out that more than 15,000 lives were lost as a result of fires in the previous year. He called that number “startling” and pushed for more Americans to learn about fire prevention and dealing with fires. Ever since then, the NFPA has carried on the tradition and continues to call for more education into fire prevention.

Fire Prevention Week has really paid off for the entire country, but unfortunately, there is no way to completely eliminate fires. Life Safety Consultants understands this and provides people with the fire alarms and fire alarm parts they need to reduce the risks associated with fires. Now is a great time to celebrate Fire Prevention Week by upgrading your fire alarm system. Call us at 888-557-0558 today to check out what we have in stock.