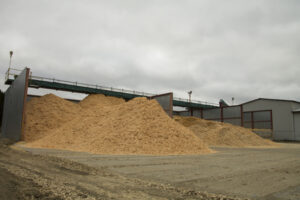 No workplace is completely immune to fire hazards, but some industries are faced with a greater risk of fire damage than others. At a wood-shaving plant in Queensbury, New York, a lack of attentiveness to fire hazards has cost one company hundreds of thousands of dollars.

On September 20 of this year, a blaze broke out at the plant operated by Royal Wood Shavings at about 7:15 a.m. It extended from an outside conveyor to a storage facility inside the building. Fortunately, fire crews responded quickly and brought the fire under control within the hour. No one was injured, but the building incurred significant damage. In a subsequent investigation, RWS officials found that the fire was likely caused by an equipment malfunction.

The fire faced additional scrutiny from local officials in Queensbury because the wood-shavings plant had repeatedly been cited by OSHA for failing to remedy fire hazards in the past. In July, the plant was cited for 6 violations which cost RWS about $50,000 in fines. They were forced to pay an additional $147,000 in penalties for failing to fix earlier violations as well. In 2013, the company was cited for 28 workplace safety violations which cost them more than $233,000 in fines.

At the time of the July 2015 inspection, OSHA officials issued a stern statement to the company, noting that RWS had “disregarded its employee’s safety in failing to correct an obvious fire and explosion hazard and in allowing the existence of new and recurring hazards.”

Prior to the September fire, another fire broke out in the production area of the wood-shaving plant in December 2015. Following the most recent fire, OSHA officials did note that RWS had made significant efforts to improve its fire safety record since the inspection in July. Unfortunately, these efforts came too little, and too late.

Stories such as this one are important reminders of just how important it is for companies to pay close attention to potential fire hazards in the workplace. When companies fail to take fire safety seriously, it can cost them big time in more than one way.